Spinia is currently making sure that all of its players are well prepared for what's to come, and that is going to involve a lot of gameplay, as well as tons of free spins and golden coins. You should have probably guessed by now that casino Spinia is going to host a new tournament – the Pragmatic Tourney, as it's being powered by the Pragmatic Play software. There are still nine days left, or almost ten if you count today, which should be enough to get you started pretty quick. The top 90 players will be rewarded at the end of this exciting competition, receiving a proper share out of the €2000 cash pool and 2000 free spins – up for grabs at Spinia casino.

The only thing required of you at this point, is to keep on playing any Pragmatic Play slots during this tournament, making real money wagers on games that are really fun and with some seriously amazing graphics. Some of these games are: Wolf Gold, Wild Spells, Wild Pixies, Wild Gladiators, Vegas Nights, Vegas Magic, Sugar Rush, The Champions, The Dog House, Treasure Horse, Triple Dragons, Triple Tigers, Santa, Safari King, Queen of Atlantis, Pixie Wings, Peking Luck, and more from the PragmaticPlay studios. 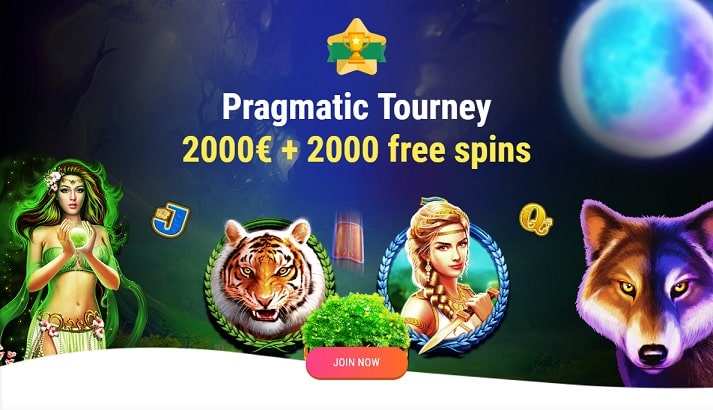