IVI Casino is not just any online casino; it's where you can always find the newest video slots, along with some other hot casino games. It is also where all these fascinating promotions take place, of course. Who would've imagined that such long campaign would become even longer? Well, thankfully it will go on until the next! It was supposed to run for six months; beginning with January this year. But now, it will go on till February 2021. So that makes it worth a while even more, and because of the sheer amount of cash to be won; quite the opportunity to score a few more coins. Why don't you go visit this new online casino IVI, since it is part of this network campaign altogether. Furthermore, if you're new to the IVICasino – then you can grab even more goodies along the way.

The following games are part of the Drops & Wins promotion; at least for now, because new ones will be shifting on a weekly basis. Wolf Gold, Chilli Heat, Mustang Gold, The Dog House, Release the Kraken, Buffalo King, John Hunter & the Tomb of the Scarab Queen, Sweet Bonanza, Wild West Gold, Bronco Spirit, Great Rhino Megaways, John Hunter and the Book of Tut, Pyramid King, Starz Megaways, Fruit Party, Hot to Burn. With that in mind; pick any game you like and spin away to win a share of that €/£2,000,000. Once you become a full time member of the IVI program, you will also enjoy plenty of other special bonuses. 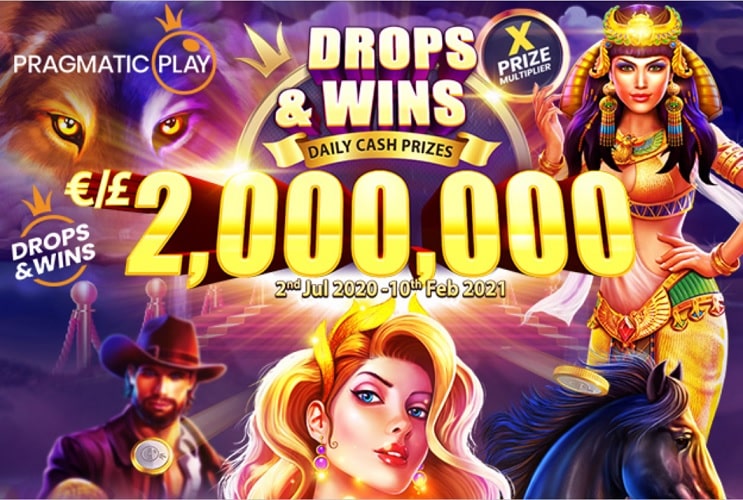