Azartplay brings 300 Free Spins for the next battle

Azartplay brings 300 Free Spins for the next battle

Azartplay has all kinds of game battles in which the players can participate and win instant rewards, such as free spins, loyalty points and other bonuses. There are fast battle competitions, which take as little as 30 minutes, but are fueled with the adrenaline brought forth by the intense gaming action. Are you ready to rock and roll? If so, then you can be sure to find all the entertainment you need right now – at the Azartplay Casino site, which hosts a bunch of exciting tournaments, including one that should appeal to all the fans of rock music. There is no need to prepare for such endeavor, and all that you require at this point, is some coins and free time to play the hot online slots that Casino Azartplay seems to have an unlimited supply of. Rum, Cigars, Rock’n’Roll – that is all you need to know about the upcoming tournament, which is soon going to start at this casino, delivering all the fun, excitement and a lot of free spins.

The players can win up to 300 Free Spins, and they can already prepare themselves for what’s to come next, as the Rock & Roll Tournament is going to make for a rather convenient and interesting distraction. A total of 300 Free Spins on the “Hell’s Band” game will be split among the top 5 players, and if you want to be part of that lucky group – then make sure to visit Azartplay on the 23rd of January this year, exactly when the battle is going to take place. A minimum bet of €0.30 will be enough to get you started, but if you want to win, then watch out for any of the competition, as they might want to snag the prize just as well. The promotion will be available for half an hour, so just wait for the right moment and start to spin as soon as the battle begins. 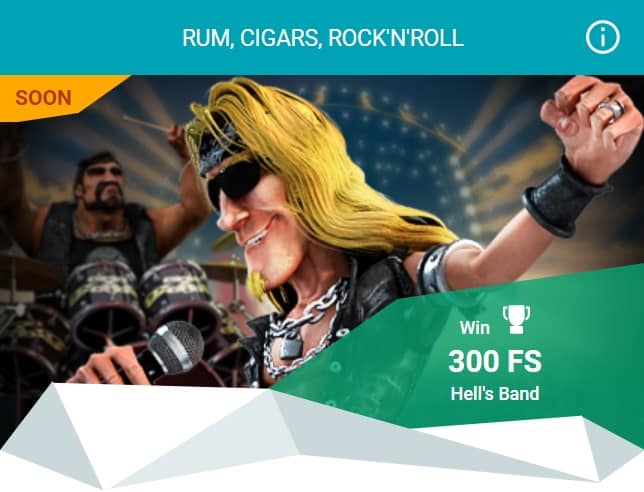 Azartplay brings 300 Free Spins for the next battle was last modified: September 7th, 2020 by Adam Machnica