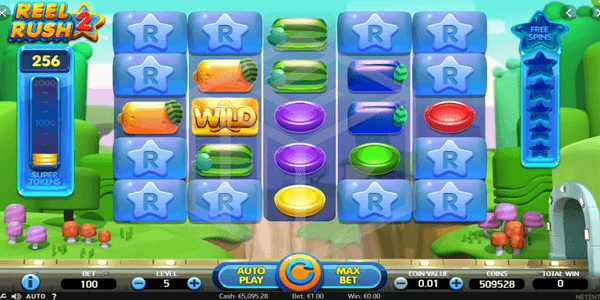 Reel Rush 2 is coming sooner than anticipated, and as the sequel draws ever closer – so will the many free spins that are going to follow the game. It’s one of the most recognizable NetEnt slots, and the next part will only improve on the already successful formula, which has introduced many exciting concepts. First of all, this is a Net Entertainment production, so it will bring all of the usual bonus features, as well as a couple more additions; just to help keep things interesting. Those who have already played the original Reel Rush, should expect the same amount of joy out of the sequel, as well as a couple of extra bonus spins; just to make sure that things would stay that way.

The slot overflows with free spins; in fact there are not only those, but also super free spins and re-spins. Other bonuses would include random features and wild substitutions, while the game itself offers up to 3125 bet ways – which should be enough to let the players win in a different way each time they launch the Reel Rush 2 slot. Based on 5 reels and colorful graphics, the game should appeal to anybody with a knack for slots or just online casino action in general, as well as fans of Imperial Riches, Butterfly Staxx 2, Grand Spin, Mercy of the Gods or Conan.