There are already two brand new video slots by Net Entertainment planned for February and even before they have been introduced to the NetEnt powered online casinos, the studio returns to announce its next slot machine for March 2017. Called “Jungle Spirit: Call of the Wild', the game will take its viewers into the deep jungles filled with dangerous animals and all sorts of wondrous sights.

Stunning visuals and animated features are guaranteed, as the gameplay can already be witnessed through a video posted by the company on its channel. The game offers 243 ways to win, imbued with 5 reels and an alternating set of rows that shift from the standard 3 to 4 while in the free spins mode. With as many as 1024 bet ways in this sequence, the players may look forward to improved winnings and a vast amount of potential options that appear during each of the stages. Followed by the unique Butterfly Boost feature, the slot machine is also going to bring a Symbol Expansion and plenty of Free Spins, as usually the case.

There are also many excellent sound effects included in it, influenced by actual roars and screams made by the wild animals, making their presence known throughout the whole experience. Mobile platforms will also be supported, allowing to choose between desirable platforms and devices to play the game. In case you were wondering, Jungle Spirit: Call of the Wild will be released on the 21st of March, so expect to see it in a month or so, but in the meantime do not miss any of the two upcoming slots launching this month. 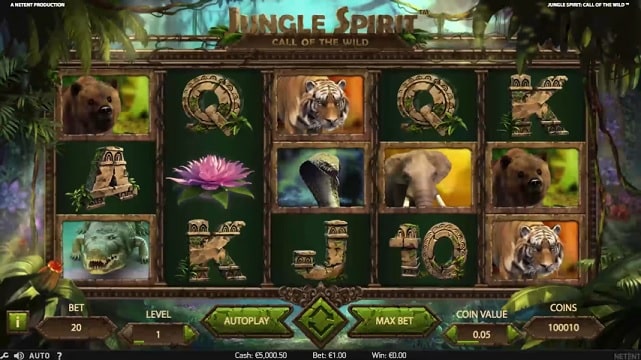 Jungle Spirit: Call of the Wild – a new slot for March was last modified: August 25th, 2020 by Adam Machnica