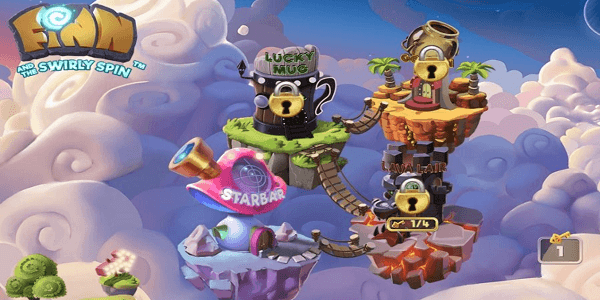 Finn and the Swirly Spin is the next video slot with its release date on November 23rd. This upcoming slot machine by Net Entertainment is going to arrive just in time to let its players become really lucky and win a couple of incentives while they take a spin with this animated software production. The story of this game follows the titular Finn; a leprechaun who travels the colorful land to seek out some hidden lucky symbols, as those might lead to all sorts of treasures. Finn and the Swirly Spin will be full of amazing free spin features, including such bonus items as the Golden Pot, Lucky Mug, Lava Lair or Star Bar. Random stuff will be also in abundance in this game, with Magic Transform, Irish Luck, Dragon Destroy and Starfall Wilds being just some of them.

The players can unlock additional areas and travel from one level to the next by gathering magical items like keys. There is no telling what each of these areas might hold, so expect to see a lot of surprises down there. If you cannot wait for the arrival of this NetEnt slot, then you can occupy some of the time left until its premiere by playing a few of the latest installments: Fairytale Legends: Hansel & Gretel, The Legend of Shangri-La: Cluster Pays, Scruffy Duck, Wolf Cub, or Planet of the Apes.