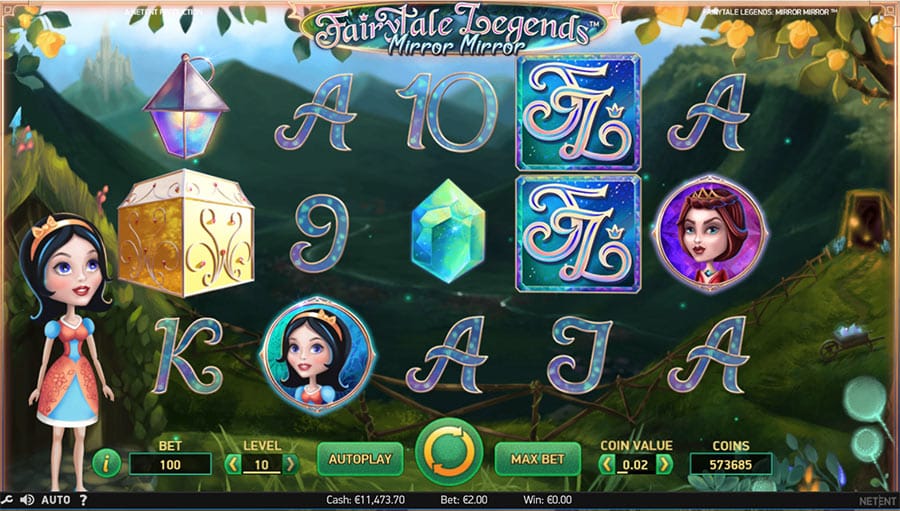 Fairytale Legends: Mirror Mirror is the working title of NetEnt's new fantasy slot, which aims to continue the legacy of the fantastic games, based on popular fairy tales. The two previous installments have proven to be quite popular, all thanks to their universal appeal, which is mainly due to the fact that this medium has been already infiltrated the mainstream in the form of animated films and cartoons. It's because of this that the players will be now more eager to play a familiar title such as this. As many are probably familiar with the story of Snow White and the Seven Dwarfs, it certainly is a wonderful story to inspire an online game such as this.

Legend says that it was the Evil Queen who first spoke the words: “Mirror, Mirror”, thus invoking the spirit of the magical mirror that could tell her if she was the prettiest, or the fairest as some would have it – of them all. It's going to be a really interesting video game, and you can check it out at your favorite online casino, on the 24th of July 2018, which is the exact day of its premiere. Although the plot might seem grim at times, there is a happy ending, and so does the game has the ability to inspire people, making them more prone to new experiences. Net Entertainment is planning on releasing the Fairytale Legends: Mirror Mirror slot during the following month.